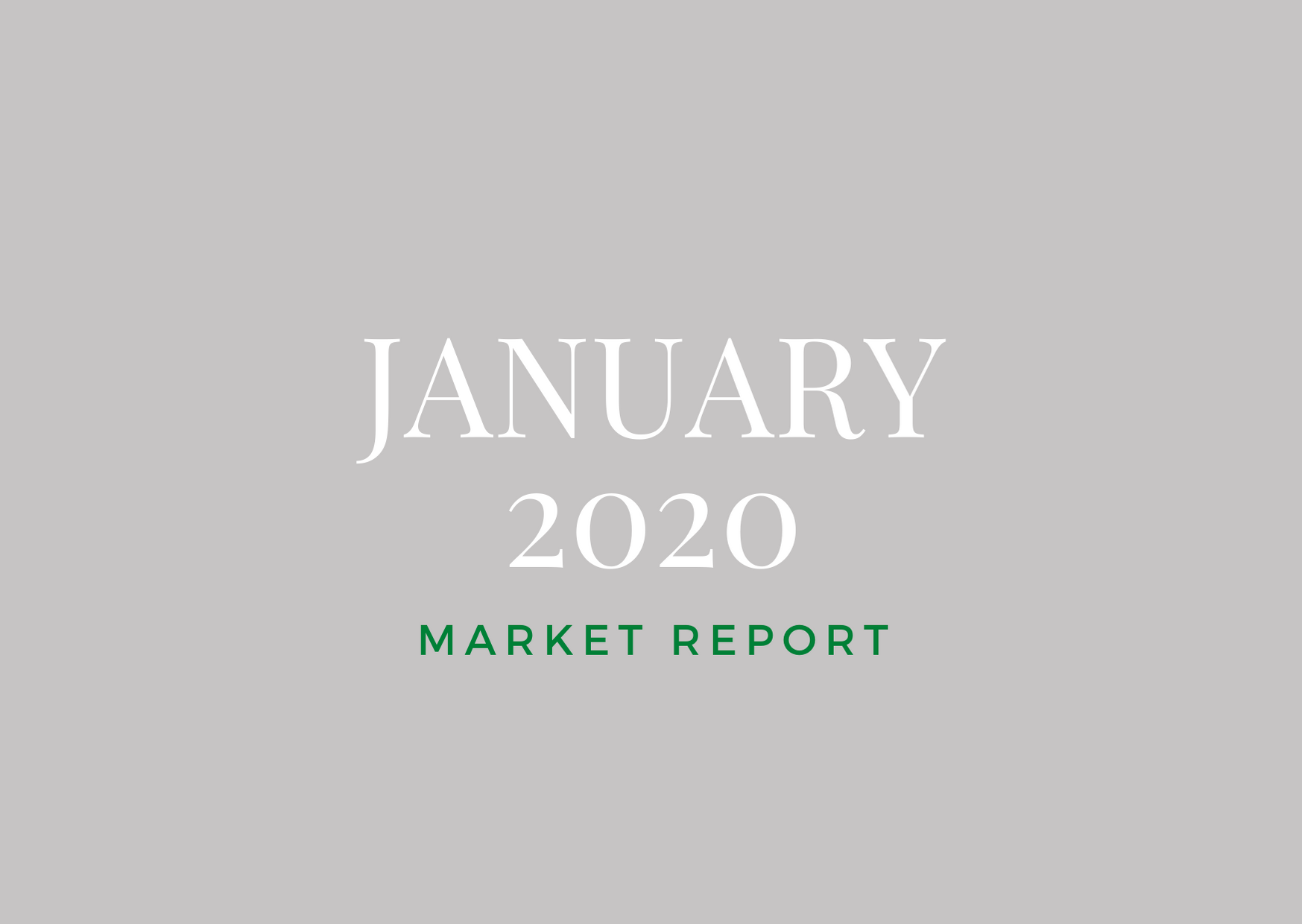 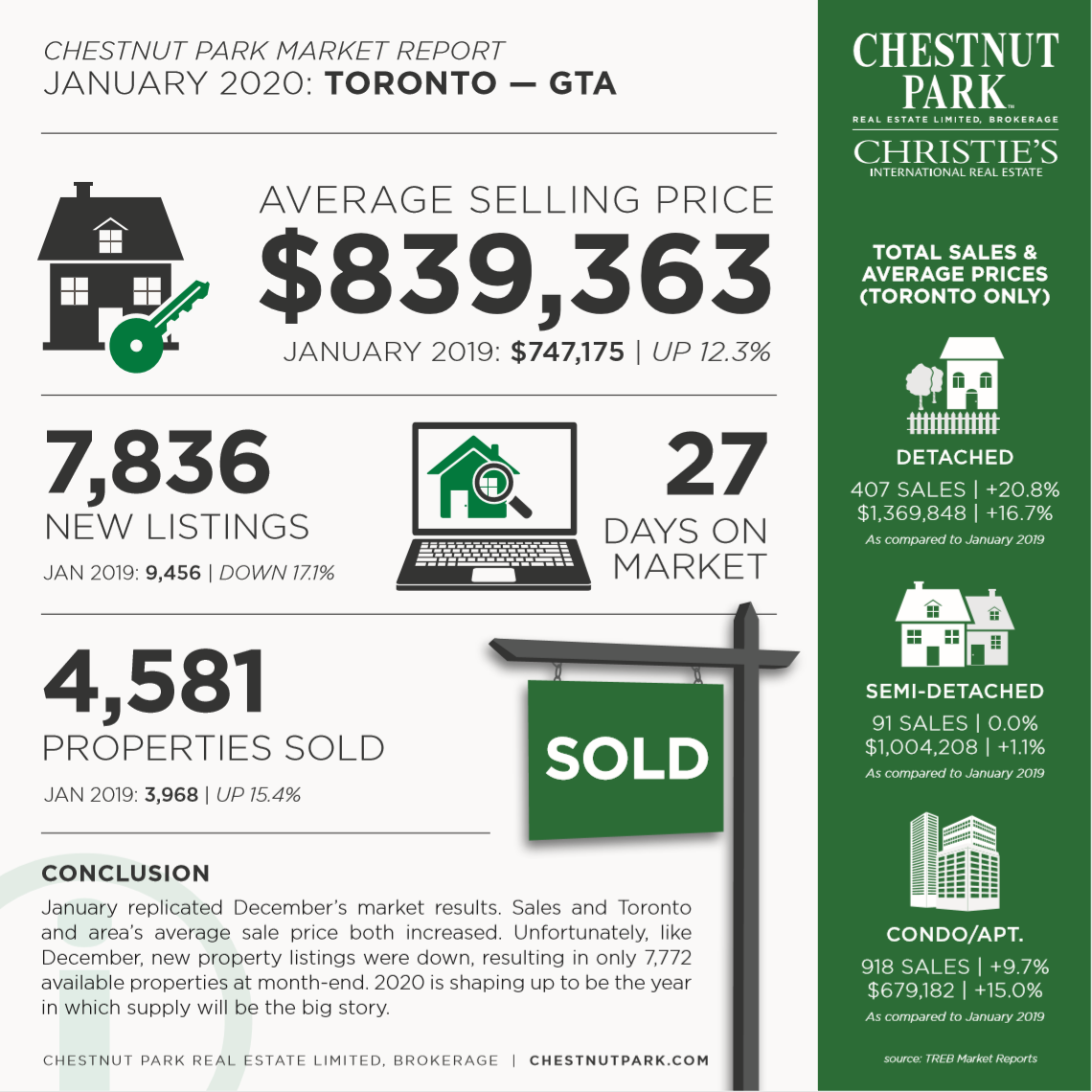 
A new decade, but little change in Toronto’s residential resale market. As anticipated in my December Market Report, January came in strong with 4,581 sales in the greater Toronto area. This was a stunning 15.4 percent increase compared to the 3,968 sales reported for January last year. Enthusiasm should be slightly muted, given the fact that last year’s results were low by historical standards. For example, in 2016 more than 4,600 properties were reported sold, a number that jumped to 5,188 in 2017.

January’s rising numbers become a little unnerving when considered against the backdrop of available inventory. Only 7,836 new listings came to market in January, a decline of more than 17 percent compared to the 9,458 that came to market in 2019. Due to the large number of sales and the paucity of new listings, buyers enter February with only 11,962 available properties, more than 35 percent fewer properties than were available last year at this time. This will no doubt put upward pressure on prices, but with wages increasing by only 3.5 percent and mortgage stress testing in effect, there are limits as to how far buyers can stretch, particularly if interest rates stay stable or rise.

2020 maybe the year during which higher-priced residential properties see an increase in sales. Higher priced properties have statistically lagged behind the resurgence of the overall market. For example, in January 2018 only 76 properties having a sale price of $2 Million or more were reported sold. Last year that number increased to 90. This year 130 properties were reported sold in this price category, an increase of 44 percent compared to January 2019. It is interesting to note that the number of condominium apartments in this price point is also increasing. In January, 13 (or 10 percent) of the 130 properties that sold having a sale price of $2 Million or more were condominium apartments. Last year there were only 6.

In the broader condominium apartment market supply is becoming a serious concern, as is the rise in average sale prices, particularly in the City of Toronto. At the end of January there were only 1,779 condominium apartments for sale throughout the greater Toronto area. In the City of Toronto there were only 1,246. These numbers represent a 33 percent decline compared to the number of condominium apartments available for sale last year at this time. Based on the number of sales registered in January, these numbers translate into 1.3 and 1.35 months of inventory, historic lows.

January’s residential resale date makes it abundantly clear that the Toronto and area market pace is strong and robust. What is also clear is that demand far exceeds supply. Unless sellers decide to take advantage of rising resale prices, 2020 will be remembered as the year of buyer frustration. There is no doubt that unless supply can be increased, like other international “supercities”, buyers will begin to look to second-tier cities around Toronto to satisfy their housing needs.